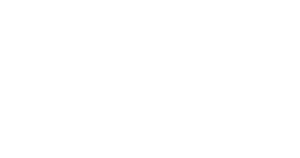 Karidis is London’s top cosmetic surgery clinic, but until two years ago, you wouldn’t have known that from their online presence. What caused traffic, visibility and conversions to improve so much for Karidis? A site migration! Read on to see how we helped them fulfil their potential online as one of London’s leading cosmetic surgery clinics.

We have been working with Karidis for six years now and the site we started working with and what we have now are two very different things.

The Karidis website had been experiencing a slow but consistent decline in performance over the preceding years, which was primarily due to the outdated and very non-Google-friendly custom CMS.

As with lots of custom CMSs, companies are often at the mercy of the sole developer who knows how to use them. This often causes lots of issues with costs involved in implementing even the most simple of requested changes.

The bigger problem, though, was that Google had stopped crawling parts of the website and had started to devalue the site as a whole, from a quality point of view.

The (well-populated) blog was not able to rank for anything and overall page speed and mobile performance issues contributed to a site that only appeared highly for branded queries and anything with very low competition.

Migrations can be tough to manage properly and require a great deal of preparation and skilled execution. Communication between all parties (SEO, client and developers) is critical to success here.

We have all heard horror stories involving website migrations and how they can cause long-lasting issues if they aren’t handled properly. This, however, is not something we are familiar with and migrating websites is a part of SEO we have great experience in: we know that as long as we stick to our plan, the results will be positive.

Having a site that Google was fully able to crawl and understand meant we now had a great chance of ranking for all of our target queries. Yet we still needed to implement some sound SEO to get there.

The clean slate we had allowed us to really hone in on relevant queries and meant we can compete with rival practitioner websites many times larger and more authoritative than us.

Two and a half years after the new site launched, we are now one of, if not the most, dominant website for London cosmetic surgery queries. We are incredibly proud of this improvement.

We have even managed to rank for some very high-intent ‘best [surgery] surgeon’ queries as well as capture some ‘People also ask’ SERP space around similar terms.

As a result of our work, it is now almost impossible to miss Mr Alex Karidis and his clinic if you are searching online for anything cosmetic surgery-related – and we will be working to ensure this continues.

Get in touch to see how we can improve your organic visibility online, just as we did for Karidis.

What the client thought…

“We have been incredibly happy with how the new site has performed and the work undertaken by Distinctly.

“Two years ago, we weren’t really ranking for anything we wanted to be and now we are there or thereabouts for 99% of our target keywords, which is brilliant.

“I look forward to the continuing partnership and am keen to see how far we can go.”

Do you want to stand out from the crowd?