Where on earth did 2022 disappear to? Maybe it’s the World Cup being held in December that’s thrown everything off-kilter recently, but this year just seems to have whizzed by. That’s not to say it’s been a quiet 12 months in the world of digital advertising of course. As has become the norm recently, platforms like Google Ads have been rolling out changes every few weeks, and the landscape once again looks quite different heading into this Christmas versus 2021.

So, what are we expecting to happen in the next few months? Here are our top 5 predictions for 2023:

1. TikTok Ads to become a staple

With over 1 billion global users, TikTok has fast become a big player in the digital advertising space, and with video assets/content having become more of a necessity for many businesses recently, the transition should be straightforward.

Having used it across a few campaigns already, we’ve been impressed with the infrastructure and targeting options that are available, and research has shown that in-feed ads on TikTok achieve higher detail memory than TV ads:

It’s for these reasons that we’re expecting TikTok to be one of the first platforms on the list of many businesses looking to expand their reach next year.

As we alluded to earlier, Google Ads has had another transformative year, with the single biggest development being the launch of Performance Max. These semi automated campaigns can reach users across a plethora of networks such as Search, Display, Gmail and YouTube, with the onus on the advertiser to define who the ideal target audience is and then let Google find them using their algorithm:

The issues with this have been well documented, such as the lack of reporting insight and ultimately control in comparison to other campaign types. So why is PMax usage on such a steep incline? Well, Google hasn’t exactly left advertisers with much choice; for example Shopping campaigns can only be set up in this format going forward, and increasingly we’re finding that PMax seems to be favoured in terms of bidding success.

So, it seems clear that campaign reliance will continue to move in this direction. However if Google wants to avoid losing significant spend in favour of other platforms going forward, it will almost certainly need to roll out better reporting and some account level controls over negative keywords for example.

You’ll need to have been living under a soundproof rock for most of 2022 to have avoided the news about Google Analytics 4 rolling out in July next year, and there are a number of potential knock on effects to advertisers. The most important of which seems to be an improvement in attribution reporting and certainly attribution model flexibility. Last click has been a thing of the past on Google Ads for some time in terms of best practice, with “data driven” and “linear” being much more widely used, but the ability to affect this within Google Analytics 3 reporting has been less easy, and less accurate, we’ve found.

As user behaviour increasingly changes (moving between locations, switching devices etc), attribution of advertising spend and impact on sales/leads is even more crucial. With GA4, customisation of pretty much anything is possible, including attribution modelling, and they’ve made it super easy too with a simple drop down within the settings:

Our advice is to make the move to GA4 asap, and iron out any issues well in advance of July.

Many advertisers were forced to scale back spend during the pandemic, and while plans have been made to restart more aggressively this year, the economic situation in the UK has caused further uncertainty for a number of businesses, particularly SMEs. Heading into January and April, new financial year budgets mean that dormant advertisers may start to test the waters again, and this inevitably can lead to a saturation of the auction space and cause cost per clicks to rise.

The key is to monitor things closely and ensure that you’re doing as much as you can to negate rises, such as improvements to quality scores via advert copy and onsite SEO. Don’t get drawn into bidding wars that aren’t profitable, and consider how you can improve your onsite conversion rate as well.

Go back 18 months and single keyword ad group (SKAG) format was the only way to build your campaigns. Now, with responsive ads the new norm, and campaigns like PMax taking hold, structures that work for one advertiser may no longer work for another. Single topic ad groups (STAG) and Hagakure are just two of the alternatives available to test, and unlike in the past where we knew a change was going to make a positive difference to results regardless of existing performance, our advice now is to only test a structural change if it’s not working.

So, there’s lots to think about, and of course lots we just don’t know yet. But as always, it promises to be a fast moving and exciting year for advertising. If you need some guidance on your campaign strategy for next year, please do get in touch and we can arrange an audit or further support. 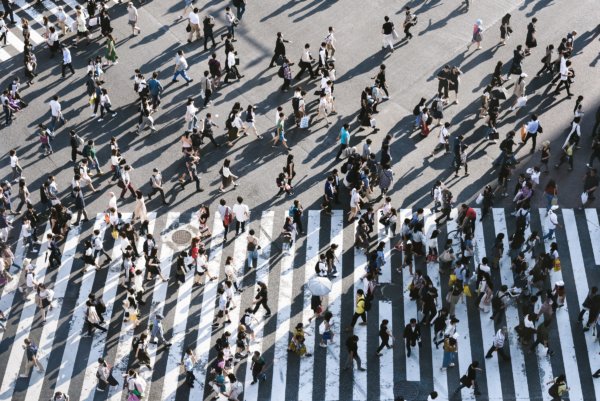