I am inspired by Sara Davis, who is most well known for her role as a dragon, owning her own crafting company and appearing on Strictly. She is always full of life and positivity. She immerses herself completely into what she does, brings passion to the everyday and conducts herself with a genuine kindness. A role model for all us on how to conduct ourselves in work and life.

Nikki Gatenby is an all-round agency and marketing rock star. She has led multiple successful agencies, with a track record for taking them global. I met her when she was MD of Propellernet and was struck by her dedication to progressive working practices. She has written a bestselling book, Superengaged: How to transform business performance and putting people and purpose first, and she has inspired a lot of the thinking behind Distinctly’s culture and high-engagement practices.

With a background in the arts, I’m inspired by women artists such as Barbara Hepworth and Louise Bourgeois. But my main inspiration is Frida Kahlo. She overcame personal tragedy and ill health, to become not just one of the most famous women artists of the 20th century, but also a standard-bearer for women’s inner strength, for pride in her Mexican culture, and for courage in every facet of life. Frida and her art continue to inspire me to achieve more in all areas of my life, and to celebrate my own mixed culture.

Rose Ayling-Ellis made history as the first deaf contestant, and winner, on Strictly. She became a role model, not only for the deaf community, but to other Strictly viewers, including myself, and has helped influence the movement behind British Sign Language becoming a legally recognised language in the UK. Rose showed that you can overcome any barrier and, through perseverance and hard work, you can achieve anything.

Alex Scott MBE is recognised as one of the most successful and talented English female footballers of all time and was the first woman pundit to work on a World Cup for the BBC. Shortly after, she became the first female pundit on Sky Sports, and in 2021 she beat the likes of Shearer, Ferdinand and Carragher to become the first woman to win the FSA Pundit of the Year award.

Alex’s breakthrough in an extremely male-dominated field proves that through passion, hard work and resilience you can overcome barriers and achieve great heights. Alex attributes her success to maintaining a positive mindset and remaining confident in her own abilities. She now uses her platform to help young girls in sport do the same.

Malala Yousafzai is a Pakistani activist for female education and the world’s youngest Nobel Peace Prize laureate. She was shot in the left side of her head by the Taliban in 2012 after becoming a target for publicly speaking out on behalf of girls and their right to learn.

After months of surgery and rehabilitation, Malala and her father established the Malala Fund, which champions every girl’s right to 12 years of free, safe, quality education. Their focus is investing in local education activists, advocating for holding leaders accountable and amplifying girls’ voices. Not only do I admire Malala’s fearlessness and bravery, but she has also demonstrated that together, we can create a world where all girls can learn and lead.

Amal Clooney is an inspiration for women. Despite having an incredibly famous husband, she is never overshadowed by this. She is a feminist icon who has accomplished tremendous things both in her work as human rights lawyer and in her personal life as an philanthropist. Specialising in international criminal and human rights law, Clooney has represented a plethora of high-profile clients – from former Ukrainian Prime Minister Yulia Tymoshenko to WikiLeaks founder Julian Assange. Clooney sets an example for young girls and women everywhere.

Julia Haart is an American entrepreneur and fashion designer. She is currently co-owner of the Elite World Group, but she’s had a difficult journey to get to where she is today. After leaving her Haredi community, which had strict rules limiting the freedoms of women and girls, she had no support from family and friends, so had to rebuild her life at the age of 40.

Julia Haart inspires me not only because she is a strong woman who has had to fight for her freedom and to achieve everything she has, but she is also proof that you can re-invent yourself at any age. She is an inspiration for many girls and women who are working towards breaking free from oppression.

Stacey Solomon, who I still remember from being on X-Factor and I’m a Celebrity, is an inspiration to me. Although she is currently making the most of her fame on Instagram, she is such a creative and family-driven woman, who remains true to herself despite being labelled as an ‘influencer’. She has written a book, hosted several TV shows, launched a clothing brand and worked alongside small businesses to completely renovate her house, all whilst raising four kids! She inspires me to stay creative and always keep family and friends in mind.

A woman I am inspired by is Tara Westover. She grew up in a remote part of Idaho, USA, in a survivalist Mormon family. Her father was an extreme conspiracy theorist who refused to allow his children to receive conventional medical treatment or go to school. In Westover’s autobiography Educated, she describes her extraordinary childhood, and her incredible fight to get an education. She eventually graduated from Brigham Young University and the University of Cambridge and became a fellow at Harvard University, a historian and a writer.

Educated is a remarkable book, which had a huge impact on me. It has received numerous accolades, including a recommendation from former President Barack Obama, and Westover was featured in Time magazine’s list of the 100 most influential people of 2019.

An inspirational role model for me is Farrah Storr, editor of the UK’s edition of ELLE and previous Editor in Chief at Cosmopolitan and Women’s Health. Her bold and disruptive approach to feature plus-sized model Tess Holliday on the cover of Cosmopolitan sparked controversy, but also ignited an important debate on the representation of body diversity in the industry. Farrah is a social mobility commissioner and author of The Discomfort Zone, which encourages people to experience brief moments of discomfort to realise their full potential. She defines herself as: ‘One part grit, two parts graft and three parts passion’, saying: “Drive is the invisible motor that pushes us all forward.”

An inspiration for me is Alexandria Ocasio-Cortez – American politician and activist – the youngest woman ever to serve in the United States Congress, no less! With a campaign driven entirely by grassroots donations, she’s defeated long-standing politicians who had seemingly insurmountable wealth and power. I admire her humanity, empathy, charisma and genuine passion for making a difference in her community and on the issues they care about.

With my background in Judo, Kayla Harrison is an inspiration to me. Kayla is a two-time American Olympic gold medalist in judo and is now an undefeated professional MMA fighter. She has overcome a lot of adversity in her life and from this founded the Fearless Foundation, a project dedicated to using education and sport to help survivors of child sexual abuse. I admire her positive and hard-working attitude and she is truly someone to look up to.

As someone who is interested in film and cinema, one woman that I admire is filmmaker Chloe Zhao. Despite only directing her first film in 2015, she has gone on to be critically acclaimed for films like Nomadland and The Eternals.

She has forged her own path and managed to achieve mainstream success in a short time, whilst staying true to herself and her own style of filmmaking, one that celebrates feminine strengths. After directing only three films, she was the one to approach the Marvel studio about The Eternals – she had the initiative to reach out and make her vision a reality.

I am inspired by best-selling author, journalist and podcast host Elizabeth Day. In her podcast How to Fail by Elizabeth Day, she speaks to various celebrity guests about what can be learnt from their failures – no matter how big or small. Elizabeth embraces failure as something that we can continuously overcome and grow from. She refers to failure as simply a means of ‘learning how to succeed’. I admire her kindness, empathy and hardworking nature. Her outlook on failure is something that we can all incorporate into our own lives.

Catherine Mayer has the courage to make a positive difference, using collective power to campaign for gender equality to the benefit of all. She is a writer and the co-founder and President of the Women’s Equality Party. She also co-founded the Primadonna Festival. She fights hard for radical change with love and care for humanity at the heart of her work. She courageously uses all of herself to help others and doesn’t hide her vulnerability.

After the unimaginable loss of her husband, she continues to help those who are grieving, writing a life-affirming book with her mother: Good Grief: Embracing Life at a Time of Death. She inspires me to challenge a status quo that benefits too few, fight against gender bias and to look for authentic narratives in my writing.

I am inspired by Rose Ayling-Ellis, actress and 2021 Strictly Come Dancing winner. Rose’s passion to prove that disability should not hold you back is something which I find greatly admirable. Rose also inspired me to begin learning British Sign Language and further educate myself on the struggles faced by those within the deaf community. I now feel very strongly that BSL should be recognised as an official language and that it should be taught in schools, helping to create a more inclusive society. 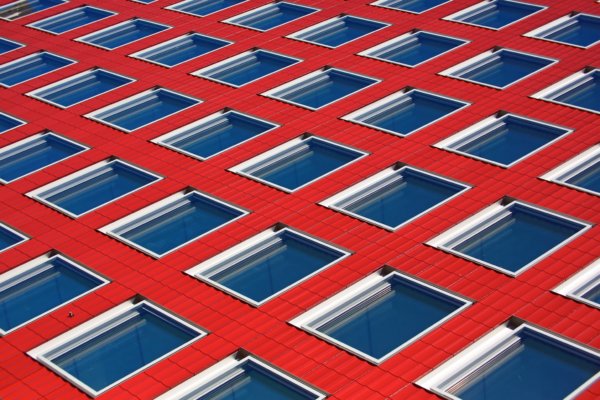